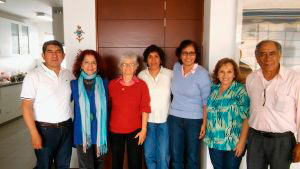 At the age of 24, shortly before her death, Ana Mayer had written and illustrated several children’s stories, which she never published. The Inter-American Development Foundation was interested in financing the printing of the story “The World of Santiago" as a contribution to children’s literature in the highlands of Peru, however, to meet the requirements of the funder, which requires a formal institution. This is how the Yanapai Group was born, which in Quechua means “help". It was registered on October 2, 1982 in the city of Huancayo, Junín, by Lisbeth Behrendt Stranz, Olimpia Aguirre Palomino, Valentín Tovar Ticse and Severo Zenteno Santo, as a non-profit institution, whose objectives were: dissemination, publication and promotion of children’s literature. Today, “El Mundo de Santiago" by Ana Mayer has been translated into several languages and has won several children’s literature awards worldwide.

Later in 1986, the Yanapai Group reoriented its objectives to become a non-profit civil association formed by a group of holistic researchers, whose activities are aimed at agricultural research for development, promoting innovation and exchange of experiences and knowledge to improve the management and handling of resources, seeking to achieve sustainable agro-ecological systems. 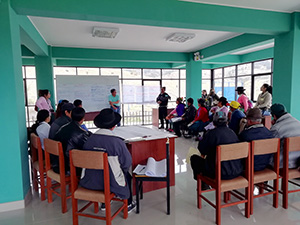 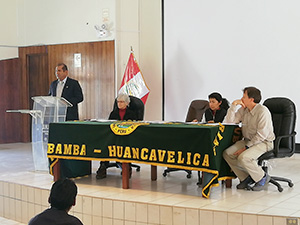 Grupo Yanapai, in recent years has generated a vast experience in participatory research, with an interdisciplinary approach and gender perspective, emphasizing human development and women’s empowerment.